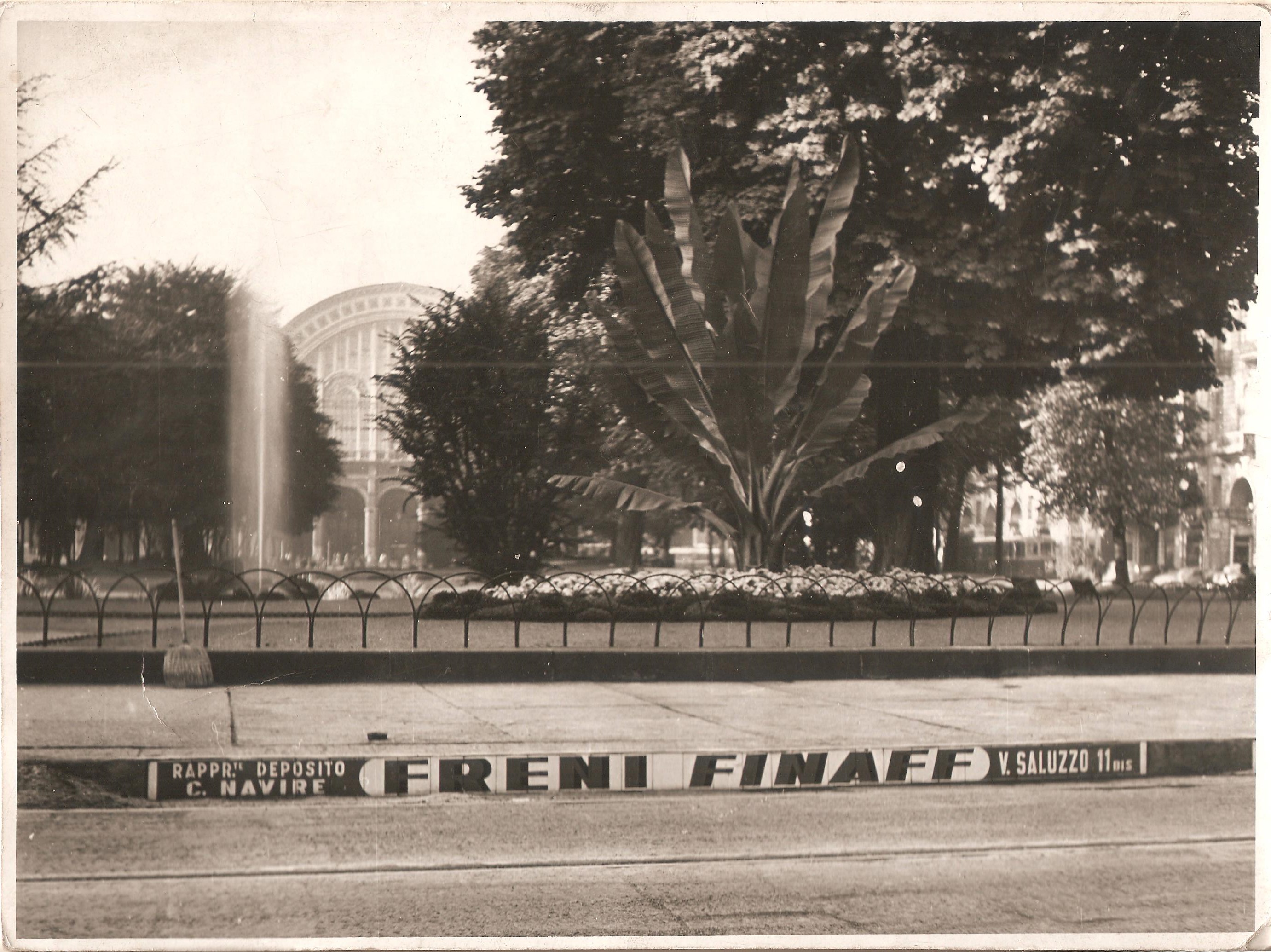 Advertising sign of the Navire trading company behind the Porta Nuova Railway Station-Turin-Italy-1954.

ISIBOND was established in 1974 as a brake bands manufacturer, to supply agricultural machinery and construction equipment manufacturers, offering bonding technology applied to the brake linings, which were normally riveted to the metal band.

This innovative bonding technology linked with the high quality of its brake linings, made by FINAFF, an Italian company that began manufacturing friction materials in 1924, allowed ISIBOND to be approved as O.E.M supplier by the most important agricultural machinery and construction equipment manufacturers in Italy and abroad.

The Navire family, future founder of ISIBOND, started its relationship with FINAFF company in 1937, when Carlo Navire Senior became agent of such company for the Italian regions of Piedmont and Liguria.

In 1982 ISIBOND opened its new plant in the new industrial estate of Moncalieri (near Turin, north-west of Italy) in order to start producing ball ramp brakes and failsafe brakes in a very efficient and modern workshop.

The following year, in order to face the demand of its main customers, ISIBOND bought a plant for producing friction materials equipped with a laboratory and friction testing machinery. In 1986 ISIBOND started to develop asbestos-free friction materials.

In 1991 due to the incoming law against asbestos, FINAFF, the supplier of the friction material, decided to shut down. ISIBOND which at that time had already developed several asbestos-free products, decided to take over a part of the FINAFF machines and its historic brand and intensify its research, in order to broaden its product range as well as to increase its manufacturing capacity.

In 1993 ISIBOND set up its sales network in the domestic and international markets, in order to sell its products in the after-market using FINAFF as trade-mark. In

that very year the ISIBOND product range was broadened further, by including sintered and paper friction products for wet use.

In 2000 ISIBOND took over from Serralunga (a company in Biella – Italy) the division manufacturing cotton brake linings for lift winches, in order to strengthen its position in the industrial market.

Our fully equipped R & D laboratory includes a friction material testing machine and a dynamometer especially designed for carrying out dynamic tests (even on third party basis) on braking systems, allowing us to develop high performance friction materials with a low environmental impact.

At the present time the company covers an area of 8.000 square meters and the factory workshop an area of 4.500 square meters. The workforce consists of 26 people among whom there are professionals who are responsible for the most important areas, such as quality and R&D departments.